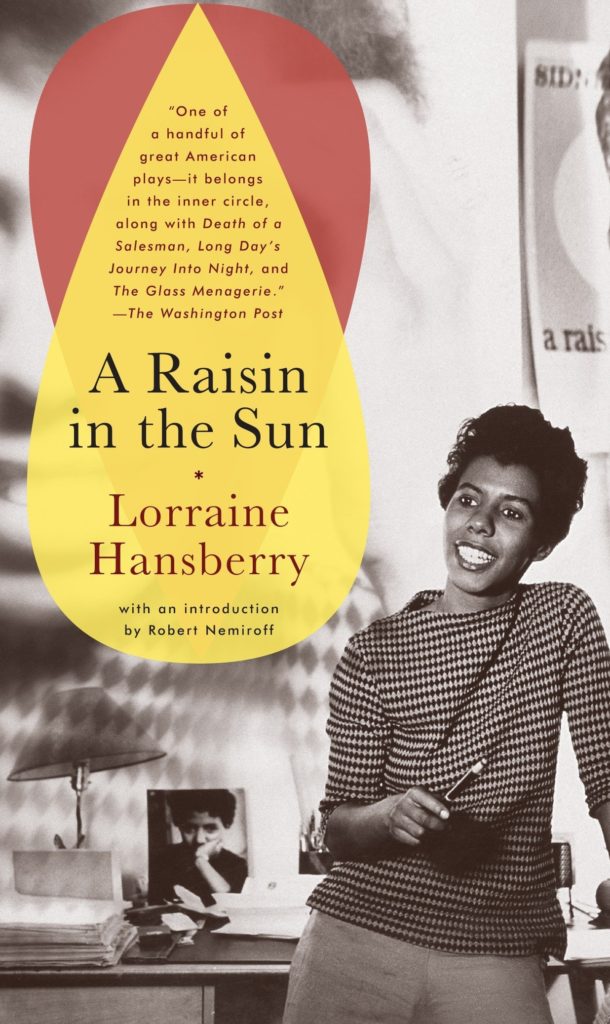 Hansberry was the first black female author to have a play performed on Broadway. Her best known work, the play A Raisin in the Sun, highlights the lives of Black Americans living under racial segregation in Chicago. Hansberry’s family had struggled against segregation, challenging a restrictive covenant and eventually provoking the Supreme Court case Hansberry v. Lee. The title of the play was taken from the poem “Harlem” by Langston Hughes: “What happens to a dream deferred? Does it dry up like a raisin in the sun?”

At the young age of 29, she won the New York Drama Critics’ Circle Award — making her the first African American dramatist, the fifth woman, and the youngest playwright to do so.

After she moved to New York City, Hansberry worked at the Pan-Africanist newspaper Freedom, where she dealt with intellectuals such as Paul Robeson and W. E. B. Du Bois. Much of her work during this time concerned the African struggle for liberation and their impact on the world. Hansberry has been identified as a lesbian, and sexual freedom is an important topic in several of her works. She died of cancer at the age of 34. Hansberry inspired Nina Simone’s song “To Be Young, Gifted and Black“. (Wikipedia):

The story tells of a black family’s experiences in “Clybourne Park”, a fictionalized version of the Washington Park Subdivision of Chicago’s Woodlawn neighborhood, as the attempt to “better” themselves with an insurance payout following the death of the father.

The New York Drama Critics’ Circle named it the best play of 1959. (Wikipedia) There have been several film adaptations of the play, including the 1961 adaptation which starred Sydney Poitier, Ruby Dee, Claudia McNeil, Louis Gossett, Jr., among others. 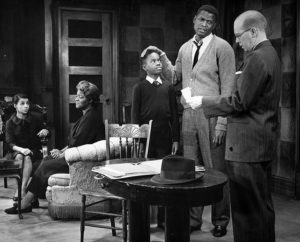 In this episode, the Spoilers go back to high school to take on one of the most beloved and widely taught plays of the 20th century. Bravely confronting their literary prejudices, they reexamine this classic of African American literature while getting a little bit feisty in the process. Housing discrimination, masculinity and patriarchy, morality, and how to lose $6500 in a day are some of the fascinating subjects of discussion. The crew is particularly sympathetic toward Beneatha, bemoaning the fact that her dream seems to be the one that might still get deferred in this whole mess. Everyone is cool to forgive Brother and move into the new house, but what about that damn Willie? Does he really get away with it? In the end, the Spoilers laud sweet Lorraine and give her props for being a bit of a genius. And if Nina Simone and James Baldwin said it, who are we to disagree? Enjoy!

What the spoilers are reading: