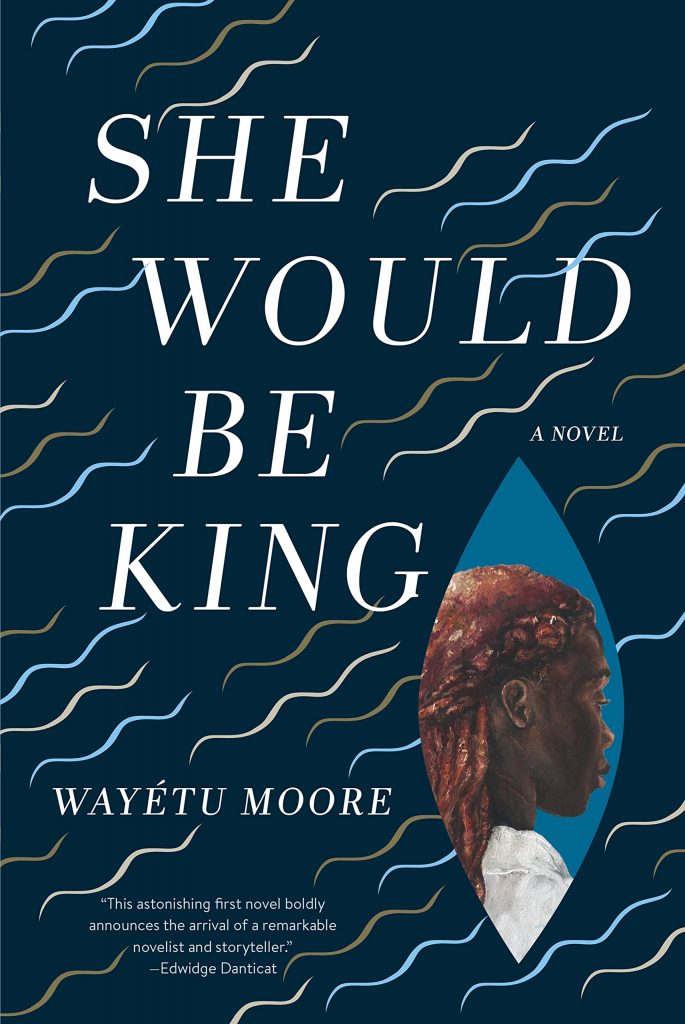 “She Would Be King is a spectacular blend of history and magical realism that follows three extraordinary characters: in the West African village of Lai, red-haired Gbessa is cursed with immortality at birth and lives in exile under suspicion of being a witch; on a plantation in Virginia, June Dey hides his unusual strength until a confrontation with the overseer forces him to flee; and in the Blue Mountains of Jamaica, Norman Aragon, the child of a white British colonizer and a Maroon slave, learns to fade from sight at will. When the three of them meet in the colony of Monrovia, it isn’t long before they realize that they are all cursed—or, perhaps, uniquely gifted. Together they protect the weak and vulnerable amid rising tensions between the American settlers, French slave traders, and indigenous tribes.”

If you’ve been missing the us during the lockdown, fear not! We’re back with a new jumbo episode for all y’all to dig into. Recording in the shadow of Covid 19, Ahmaud Arbery, and the George Floyd murder, the Spoilers take solace in the Vai maxim whispered by the narrator of Moore’s compelling novel: “Fengbe kemu beh” — we have nothing, but we have each other. In this episode we give you the rundown on magic realism and other confusing literary terms, we talk gender and colonialism, we learn a ton about Liberia, and we ruminate on black triumph. Get ready for a spicy episode filled with invisibility, talking weather, and pregnant ghosts. This thing has everything. Most importantly, we engage Moore’s beautiful story of the effort to make many people into one nation using some very special gifts. It a story that might do us all some good right now.

What the Spoilers are reading, watching and listening to!